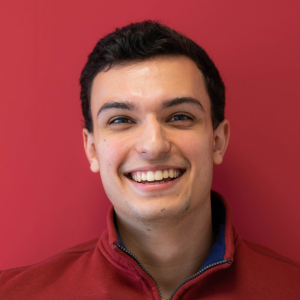 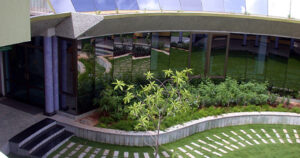 Hyderabad, the city of architecture & pearls, boasts of one of the greenest buildings in the world! 🇮🇳

The Confederation of Indian Industry (CII) is tasked with establishing an environment conducive to industrial growth in India, bringing industry and government together via advisory and consultative processes. The CII-Sohrabji Godrej Green Business Centre represents a successful model of public-private partnership between the Government of Andhra Pradesh, the Pirojsha Godrej Foundation and the CII, with technical support from the U.S. Agency for International Development (USAID). The building serves as an inspirational building for the Indian industry and other countries of the world to pursue a more sustainable built environment.

The building stands as a real pioneer and a catalytic example of applying traditional methods of sustainability together with modern technology. CII-Sohrabji Godrej announced itself as a ‘Net-Zero Energy’ Platinum-rated building, with the goal of improving year after year; making it a great study model due to its design philosophies, use (and re-use) of materials as well as energy efficiency techniques.

The Green Business Centre earned a LEED rating of 56 credits and became certified LEED Platinum for New Construction (NC) v 2.0 back in 2003 – the first in the country, and the first outside of the United Sates. What makes it so green? Among many other features, vegetated roofs coat 55-60% of the building’s roofs, and the remainder of the roof is covered by solar panels with a 24 KW capacity. The 100-120 units of power generated every day is fed into the grid, thus satisfying roughly 20% of the total energy cost of the building.

The results? The property produces a 50% saving in overall energy consumption, 35% reduction in potable water consumption and usage of 80% of recycled material. And most importantly – CII-Sohrabji Godrej sparked the widespread green building movement in India.

Starting a green wave in Asia! Inspirational efforts by these and other #buildingheroes involved: